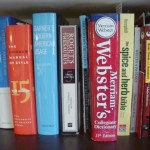 “Because gossip often places people at the center of attention, it also, at least temporarily, enhances their status with others. This may explain why gossipmongers come from the most isolated, least popular members of a group. After all, they are the ones who most need something to make them socially acceptable.”

“Works of art are not so much finished as abandoned. Perhaps poems can be perfect. A short-short story might even be perfectible, as effective and enjoyable for one reader as the next. But novels and other book-length narratives are great rambling things that always contain some flaws. For works of any length, there comes a point when your continued tinkering won’t improve the whole, but will just trade one set of problems for another.”

Last week, I gave you part one of lexicographer and legal writing guru Bryan Garner‘s comments on the phrase “not guilty” and its common-but-improper substitute, “innocent.” Today, his rant on another common misuse of the phrase, the implication that that a jury’s verdict of acquittal is itself “beyond a reasonable doubt,” rather than a finding that the prosecution did not prove guilt beyond a reasonable doubt.

Here’s what Garner says, in his daily usage blog.

“Not guilty beyond a reasonable doubt.”

Yet many readers will misconstrue the phrase. Thus, regardless of the writer’s intention, some will think of * “not guilty beyond a reasonable doubt” as a strong vindication — rather than as the slight vindication it is (we, the jury, had the slightest bit of reasonable doubt, so we had to find the defendant not guilty). The writer might have gotten it right in the following sentence, but nonlawyers are likely to be misled: “When you know all the facts [of the O.J. Simpson case], you’ll see that the prosecutors failed to meet their burden of proof, and how, contrary to the court of public opinion, the jury arrived at their verdict of ‘not guilty beyond a reasonable doubt.’ ” Patricia A. Jones, “Uncensored: Authors Answer Questions Left with Simpson Verdict,” Tulsa World, 1 Dec. 1996, at G5.

If somebody is found not guilty, say “not guilty.” Omit the standard (“beyond a reasonable doubt”) to prevent a miscue.”

For more on reasonable doubt and how to recognize one, read the Q&A “I know the prosecution must prove a criminal defendant’s guilt beyond a reasonable doubt, but what is reasonable doubt?” in my guide for writers, BOOKS, CROOKS AND COUNSELORS: How to Write Accurately About Criminal Law and Courtroom Procedure (Linden/Quill Driver Books), winner of the 2011 Agatha Award for Best Nonfiction.

Regular readers know I admire the work of Bryan Garner, usage master, writing teacher, and man of many lexigraphic talents. (That word probably isn’t in his terrific book, Garner’s Modern American Usage; I think I just made it up.) Regular readers also know I have a few peeves about common use—or misuse—of legal terms; if they’re truly technical, I can be forgiving—say, about the legal meaning of “malice,” which is quite different from the ordinary meaning—but if they are terms every American should know, I lose patience. So does Garner, and since our views coincide in one of his recent blog posts, I’m sharing. Or re-blogging. (The former a use, the latter a word, not in his book, either.) His audience is lawyers, but we can all learn from his rant.

“It used to be that only journalists made the mistake of writing “plead innocent” rather than “plead not guilty,” but now this phrase has made it even into judges’ writing. Lawyers should avoid the phrase, since there is no such thing as a plea of innocent. Journalists, on the other hand, avoid “not guilty”:

“Many newspapers insist on saying that a defendant ‘pleaded innocent’; they will not report that he or she ‘pleaded not guilty.’ I’ve gone to clients for many years and said, ‘That’s wrong. People don’t plead innocent; they are not found innocent. They plead and are found “not guilty.”‘ Now I realize that newspaper writers live in perpetual fear of the word ‘not’ either being dropped by a printer or being changed from ‘not’ to ‘now.’ Therefore, whenever possible, they shy away from the word ‘not,’ even at the expense of strict accuracy. . . . The lesson is simply this: Before you dismiss others’ workmanship, do understand why they have said what they have said; there may be a good reason for it.” Robert Sack, “Hearing Myself Think: Some Thoughts on Legal Prose,” 4 Scribes J. Legal Writing 93, 98-99 (1993).

Fair enough. But writers who do have enough time for careful proofreading shouldn’t sacrifice accuracy in this way.

Strictly speaking, “not guilty” and “innocent” aren’t quite synonymous. To be innocent is to be blameless. To be not guilty is to have been exonerated by a jury of a crime charged — regardless of actual blame. So in a sentence such as the following one, many can’t help thinking that the writer is blurring a distinction — e.g.: “A San Francisco jury found him innocent [read ‘not guilty’] of the charge in 1988.” Robert Hilburn, “Way Beyond Center Field,” L.A. Times, 4 May 1997, at 5.”

One of the unique features of Garner’s approach to usage is his Language-Change Index, showing five stages of changes in accepted usage. He rates “plead innocent” for “plead not guilty” at Stage 4, meaning “The form becomes virtually universal but is opposed on cogent grounds by a few linguistic stalwarts (die-hard snoots).” (Besides making you smarter, the book is a fun read.) 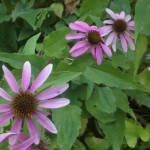 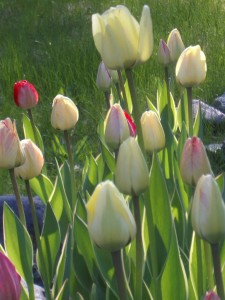 “Few people . . . have had much training in listening. The training of most oververbalized professional intellectuals is in the opposite direction. Living in a competitive culture, most of us are most of the time chiefly concerned with getting our own views across, and we tend to find other people’s speeches a tedious interruption of the flow of our own ideas.”

“[Writing is] an art, not an inspiration. It is a trade, so to speak, & must be learned — one cannot ‘pick it up.’ Neither can one learn it in a year, nor in five years. And its capital is experience. . . . Whatever you have lived, you can write — & by hard work & a genuine apprenticeship, you can learn to write well; but what you have not lived you cannot write, you can only pretend to write it.”

Mark Twain, letter to Mrs. Whiteside, as quoted in letter to Olivia Clemens (10 Jan. 1885), in The Love Letters of Mark Twain 228 (Dixon Wecter ed., 1949) (via Bryan Garner, author of Garner’s Modern American Usage, in his blog)

In a workshop at Left Coast Crime this past March, crime writer Robert Dugoni said his characters are swearing less and less these days, as he comes to realize that shock value neither develops character nor advances the plot, and that swearing turns away readers who might otherwise enjoy his books. Other novelists are making the same shift. I hope it’s a trend, not for the sake of purity, but for the sake of truth and precision.

“The annihilation of taste has not spared language. There is the curious notion that freedom is somehow synonymous with gutter jargon. At one time, people who worked in the arts would boast to one another about their ability to communicate ideas that attacked social injustice and brutality. Now some of them seem to feel that they have struck a blow for humanity if only they can use enough four-letter words. The trouble with this kind of verbiage is not just that it is offensive but also that it is trite to the point of being threadbare.”