“Writing draws together an astonishing number of mental and physical actions, many of them going on simultaneously as the process unfolds. It is one of the most complicated things we do, and that is why it is always difficult.”

Quoted by Bryan Garner in his usage blog.

Advances in technology can offer a writer a road block — highly desirable in fiction, where we want to complicate our characters’ quests, unlike real life, where we crave simplicity. But it can also offer creative solutions. That’s one reason I like this story from NPR about two Michigan detectives who sought help from a computer science and engineering prof to print 3D fingerprints to help them unlock a phone belonging to a murder victim. It took the prof, Anil Jain, and his team three tries to find the right combination of printing techniques. Jain says he was happy to help, but also hopes that the work highlights the security limitations of fingerprint locks.

Note, as the story stresses, that this phone belonged to the victim, not a suspect, and the police thought it might hold clues to the killer’s identity, so the privacy concerns presented in other cases weren’t a factor. And there is no word on whether the phone did provide helpful clues.

But the story may give writers a clue: Could your fictional detectives seek help from unlikely sources? Ask yourself what role technology plays in your investigation, and what creative means your detectives—amateur or professional—use to get around the obstacles, or take advantage of them?

“Make writing a habit; that is the first step in being a good writer. Make revising a habit, too. See your sentences as puzzles. The object of the puzzle is to make every sentence as efficient as you can.”

“Every writer, by the way he uses language, reveals something of his spirit, his habits, his capacities, his bias. . . . No writer long remains incognito.” 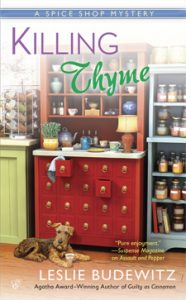 “Everything about a book has to be real as you can make it, I believe, in order to make the narrative — which is fabricated — also seem real.”

“People ask me when I start one of these projects, what is your theme I haven’t the faintest idea. That’s why you’re writing the book, it seems to me, to find out. To me, it’s a journey. Its an adventure. Its traveling in a country you’ve never been in and everything is going to be new, and because of that, vivid. And don’t make up your mind too soon. Let it be an experience.”