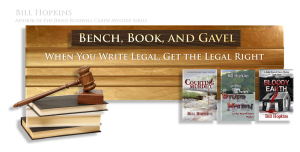 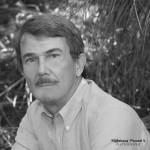 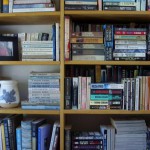 “The most beautiful thing we can experience is the mysterious. It is the source of all true art and science.”
– Albert Einstein

“There is no mistaking a real book when one meets it. It is like falling in love.”
~Christopher Morley

“Out of suffering have emerged the strongest souls; the most massive
characters are seared with scars.”

“Stories are light. Light is precious in a world so dark.”
~Kate DiCamillo

“Popular culture is … like going to the Automat to buy an emotion. The thrills are cheap and the payoffs predictable and, after a while, the repetition is a bummer. Whereas books are where we go to complicate ourselves.”

Continuing my roundup of stories in the news with potential for subplots, backstory, characters, and more, I’m focusing this week on two recent stories about the right to die. Even the terms — right to die, death with dignity, assisted suicide — are freighted with tension, as we might expect from this most personal, and most difficult, subject.

In the early 1990s, I was a member of the King County (Seattle), Washington bar rules committee when Oregon voters were debating the Death with Dignity law, later passed in 1994, and listened to much debate on the subject. (Washington voters approved a similar law in  2008.) Here in Montana, our Supreme Court ruled in Baxter v. Montana (2009) that a physician may not be convicted of a crime for assisting in a suicide if he or she proves it was done with the patient’s consent. NPR reports on the much-publicized case of Brittany Maynard, a young woman with terminal brain cancer who moved to Oregon to take advantage of its laws. The story potential is enormous. Tension, tension, tension. Take the POV of the patient, her husband, her father who disagrees with her mother, her doctor, her best friend, the nurse next door.

And while we’re on that subject, CBS’s 60 Minutes reported on the case of Barbara Mancini, prosecuted in Pennsylvania for assisting her terminally ill father in taking a deadly dose of morphine — a charge she denied. 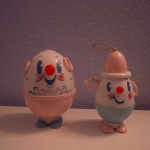 “They’ve a temper, some of them — particularly verbs, they’re the proudest — adjectives you can do anything with, but not verbs — however, I can manage the whole lot of them!”

— boasts Humpty-Dumpty in Lewis Carroll’s 1872 classic, Through the Looking Glass

The figurines are from my childhood — the larger one is a piggy bank.

(Thanks to PJ Coldren for reminding me of this quote.)

“Criminy,” as my Erin Murphy would say. “Holy marjaroly,” Pepper Reece would add.

Can you believe it’s already December? 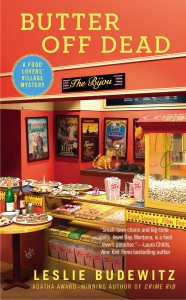 Me, neither.  If you’re in the Mission Valley or the Flathead, I hope you’ll take a break this Wednesday and join me for a book talk and reading at 4 p.m. at the North Lake County Library in Polson. Quiz me about the writing life, ask about my characters, or pump me for mystery reading suggestions. I’ve also got a few books to give away, treasures scored at Bouchercon, the giant, amazing, awesome mystery fan convention I attended a month ago in Long Beach. (Remember that week it was 4 below in western Montana? Yep, that week!) Afterwards, I’ll be signing books. (They’re serving snacks, and while I don’t know what’s on the menu, I can tell you that at every book event I’ve gone to since DEATH AL DENTE was published in August 2013, there have been tasty treats from the recipe sections in the back of the books. Every. Single. Time.) 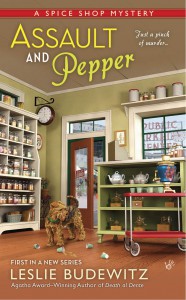 Also thrilled to share the cover of BUTTER OFF DEAD (July 2015), the third book in the Food Lovers’ Village Mysteries. It’s winter in the village and Erin and her friends are cooking up plans for a food lovers’ film festival. But their plans are sent reeling when a dangerous killer dims the lights on a local mover and shaker. Both BUTTER and ASSAULT AND PEPPER, first in my Seattle Spice Shop Mysteries (March 3, 2015) are available for pre-order now — and pre-orders make a huge difference to writers, especially as I wait for my publisher to decide whether to extend my contract for the Food Lovers’ Village Mysteries to books Four and Five.

And I hope to see you soon—in person, on line, or on the page!

“When you write, be as conceited as you can be — ‘conceit’ is not the right word, but I want to overstate the point. You must have total self-esteem. Leave your self-doubts behind when you sit down to write — and pick them up again, if you wish, during the process of editing. Sometimes your writing will give you reason to feel some self-doubt afterward . . . . But while you are writing, . . . [r]egard yourself as an absolute, sovereign consciousness. Forget that man is fallible and that you might make mistakes. That is true, but it is for the next day, when you edit.”