Time for one more blog post from NW Sidebar, the Washington State Bar Association blog. This one is perfect for crime writers: the chief of police of Bremerton, Washington shares his responses to 5 myths about police officers. I’ll give you the myths and let you read Chief Steve Strachan’s responses on the blog.

Myth #2: We focus only on getting the bad guy.

Myth #4: We spend all of our time fighting crime.

Myth #5: Cops are all cynical.

“I am learning every day to allow the space between where I am and where I want to be to inspire me and not terrify me.” 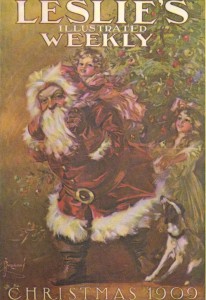 Wishing you and yours all things merry and bright this holiday season.

“Editing while you’re writing is like strangling the baby in the crib.” 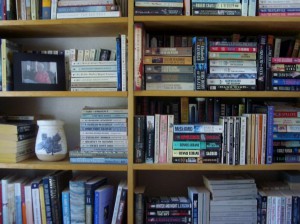 Today at Montana Women Writers, I’m sharing my favorite reads of 2013. Does my list look anything like yours?http://montanawomenwriters.com/2013/12/20/my-favorite-reads-of-2013/

According to the Washington State Bar blog, NW Sidebar, the custom of raising our right hand to be sworn in to court as a witness or juror has rather grim origins. In the way olden days of 17th century London, before written recordkeeping became widespread, some judges punished convicted criminals by branding their right hands. T for Theft, F for Felon, and so on. A second offense cost the convict leniency — hence, raising the hand to show one’s status.

Of such things are long traditions begun.

More details, including citations for you historical fiction writers, on the WSBA blog.

Gives me the willies, it does.

On deadline here, so not much time to talk — but I’ve been asked questions of the case of U.S. v. Jordan Linn Graham, the 22 year old who pleaded guilty this past week to second degree murder for pushing her husband of 8 days, 25-year-old Cody Johnson. (Disclaimer: I have no direct knowledge of the case, but my husband was summonsed as a juror; the 12 jurors and two alternates were chosen before his number was called.)

Why was this case in federal court, not state court? The death occurred in Glacier National Park, giving federal investigators — park rangers and FBI agents — and prosecutors jurisdiction. The Park is located in Flathead County, Montana, so the Flathead County coroner was called. Park and local officials often work closely on searches, rescues, and investigations, as they did here. And Johnson, Graham, and all the witnesses live outside the Park, in Flathead County, leading to more inter-governmental cooperation.

Why would she plead guilty before closing arguments? News accounts say the prosecutors offered to accept a guilty plea to second degree murder, in exchange for dropping the charges of first degree murder and making a false statement in an investigation. My speculation: Graham and her lawyers must have believed that there was a very good chance that she would be convicted of first degree murder and making a false statement, and little chance that she would acquitted of second degree. (First degree involves premeditation, while second degree involves “knowingly and unlawfully kill[ing] someone with forethought and malice or with extreme recklessness and disregard for human life.”) At that stage of the trial, the judge and lawyers had already “settled” or chosen what final instructions would be given to the jury.  So, accepting the plea offer allowed her to get the better outcome, carrying a shorter sentence, 19 to 25 years with no early release.

What’s next? Sentencing is scheduled for March 27. Meanwhile, a pre-sentence investigation will occur and a pre-sentence report prepared, as I described in Books, Crooks & Counselors. Her criminal history will be checked — news reports say it’s clean — and a personal or “social” history conducted, giving an intimate look into Graham and her life. A psychological evaluation may be ordered. Witnesses and family members — hers and Johnson’s — may be interviewed; they may also write to the judge. At the hearing, witnesses may testify. Graham herself is likely to testify — she could not be compelled to testify at the trial, but that right does not apply to sentencing. Witnesses will be called. Both prosecution and defense will make recommendations. Federal sentencing guidelines are more restrictive than the guidelines than in Montana state courts, giving the judges fewer options — which most judges dislike, Judge Don Molloy included.

Why no cameras? The federal courts do not allow cameras in court. Some state courts allow them; others don’t. Love this account in The Missoulian about the sketch artists.  http://missoulian.com/news/local/missoula-artists-find-work-at-camera-free-u-s-district/article_ac7f3b14-6396-11e3-8191-001a4bcf887a.html

And yes, Judge Molloy does look like a walrus — but a very nice, very smart one who runs a no-nonsense court and is very attentive to his jurors. As my husband says, “he is so comfortable, he made us feel very comfortable.”

Want more info? This report from The Missoulian will get you to the latest article, with links to more articles. (Sorry about the lengthy link; Word Press is fighting me today.) http://missoulian.com/news/local/more-testimony-report-will-factor-into-graham-murder-sentence/article_e4c5c060-645e-11e3-b3bc-001a4bcf887a.html

“I write every paragraph four times — once to get my meaning down, once to put in anything I have left out, once to take out anything that seems unnecessary, and once to make the whole thing sound as if I had only just thought of it.”

— Margery Allingham (as quoted in Paul R. Reynolds, The Writing and Selling of Non-Fiction 31 (1963)). (Spotted in Bryan Garner’s daily email on usage.)

Both in Books, Crooks & Counselors and here on the blog, I’ve written about Joseph Duncan, who killed two adults and a boy in Idaho, kidnapped two younger children in the family and took them to the Montana woods where he molested both and killed the boy before being caught with the girl. Charges were filed in both states and in federal courts, and Duncan soon faced charges in other cases in other states. The case is an example of the most horrifying kind of criminal: one who seems to have moved around, abusing and killing, without being caught or stopped.

Duncan received a death sentence in federal court and waived his right to appeal. The Idaho Statesman reports that a federal judge has now ruled he was mentally competent when he did so. http://www.idahostatesman.com/2013/12/06/2912680/judge-rules-killer-was-competent.html

I’ve used the case to discuss jurisdiction, cross-jurisdictional crimes, and other issues. But the real lesson, for lawyers and fiction writers, is an ironic one: some of the most interesting legal issues arise in the most horrifying cases.

“When trouble strikes, head to the library. You will either be able to solve the problem, or simply have something to read as the world crashes down around you.”