“Every person you meet — and everything you do in life — is an opportunity to learn something. That’s important to all of us, but most of all to a writer because a writer can use anything.”

Last year, I took you along with me to a marijuana business law course I took, thinking that the increase in legal medicinal and recreational use of pot offers some good potential story complications. Here’s part 1 and part 2.

But there are other legal issues as well. This NPR piece reports on efforts to develop a reliable breath test for THC, the intoxicating ingredient in marijuana. New scientific evidence always requires evidentiary testing before it will be admissible in court, so the effort could continue for years, even after scientists develop a reasonably reliable test. Your characters might wrangle over the test itself, over admissibility, over uses in employment, and other ways, as characters do.

Another development with potential ramifications for your fictional employers and employees: What’s sometimes called “the box,” where a job applicant indicates whether she’s ever been charged with or convicted of a crime. The Pennsylvania high court has now ruled unconstitutional a state law preventing convicted criminals from getting full-time jobs in nursing homes or long-term-care facilities, because a lifetime ban did not serve the statutory purpose of protecting the elderly. Here’s the NPR summary. The laws are applied in many situations; does one hold your character back?

“Stand often in the company of dreamers: they tickle your common sense and believe you can achieve things which are impossible.”

“Ideas that most inspire me embrace me, as if I’ve walked right into their arms. These are ideas for which I know I can sustain interest. They have a magical, alluring quality. They sing with resonance and everything else recedes. My heart beats fast. I recognize the idea. I call this experience “the quickening.”
… Creative people are energetically curious. They have honed their expertise in some area so well that they become sensitive to its nuances. They need no external validation and they can bypass self-censoring mechanisms. All of this can be fertile ground for the quickening.”

These articles on the changes in police training are several months old, but still very interesting, exploring the changes introduced in Washington State by the new director of the Criminal Justice Training Academy, former King County (Seattle and environs) Sheriff Sue Rahr. Part I focuses on Rahr and the academy; part II looks at the training from the recruits’ perspective. And in May, NPR interviewed Rahr and a New Jersey police chief on changing police attitudes on the use of force. 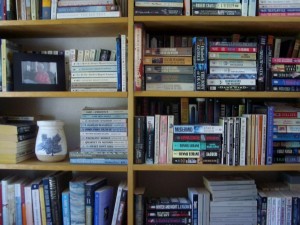 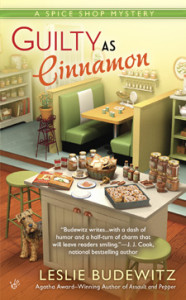 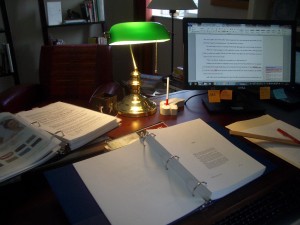 An editor should “quibble and inspire at the same time. … You have to believe in the writer’s work, be curious about the issues being explored, and help the writer focus on the best means of realizing whatever seems most essential. Then, after the work is done, [the editor has] to be able to articulate why it matters, why a bunch of preoccupied strangers ought to sop whatever they are doing to focus on this book. So, editors are effective through a combination of discernment and conviction and persuasiveness.”
— editorJonathan Karp, in The Writer, Aug 2012

“In everyone’s life, at some time, our inner fire goes out. It is then burst into flame by an encounter with another human being. We should all be thankful for those people that rekindle the human spirit.”

“The Last Best Book” is my occasional post on a favorite recent read — playing on one of Montana’s many nicknames, The Last Best Place — but I’ve been a bad girl and haven’t kept it up this year. So here I am looking at my list of books read the year, including audio books, with some embarrassment. It’s surprisingly short on books published in 2015 and surprisingly long on books published in 2013 and 2014 — meaning I’m waaay behind! (And that I’ll have to read like a demon this spring to be ready to vote for the Agatha Awards!) So I’m listing my faves, in no particular order, regardless of when they were published.

FAVORITE NOVELS:
The Child Garden, Catriona McPherson (2015) A stunning exploration of evil triggered by a childhood mistake, and a mother’s fierce love. I predict many awards for this tale of psychological suspense set in Scotland.
The Husband’s Secret, Liane Moriarty (2013) Many novels that wouldn’t be classified as mystery or crime fiction nonetheless have a mystery or crime at their heart, and this is one. I knew where Moriarty was taking us, and I couldn’t take my eyes of the page.
The Book Thief, Markus Zusak (2005) Even better than the movie.
I’d Know You Anywhere, Laura Lippman (2010) Guaranteed to make you squirm.
Death is Like a Box of Chocolates, Kathy Aarons (2014) A delicious cozy.
Maisie Dobbs, Jacqueline Winspear (2003) I know, I know, but I’ll catch up, I promise.
Just One Evil Act, Elizabeth George (2013) Still the master of psychological suspense.
To Dwell in Darkness, Deborah Crombie (2014) An exploration of the crowd mentality, urban protest, and more.
Long Upon the Land, Margaret Maron (2015) The last Deborah Knott mystery, and an excellent wrap-up.
St. Nick: A Christmas Cop Novel, Allan Russell (2013) A surprise find in my Left Coast Crime gift bag, and the perfect read for the day after Christmas!

BEST FIRST MYSTERY:
Really sad I didn’t read more in this category, but my two favorites were Bun For Your Life, by Karoline Barrett, a sweet cozy, and The Alchemist’s Daughter, by Mary Lawrence, set in Elizabethan London and environs.

What were your favorite reads of the past year?