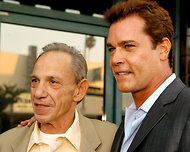 In lieu of this week’s post on a legal topic, I have a small gift for you.  Kings River Life reprinted my short story, The End of the Line, originally published in Alfred Hitchcock Mystery Magazine in Dec 2006.

My husband and I were traveling in Greece, exploring the stone towers of Vathia, on the tip of the Mani Peninsula, when I spotted a spent shotgun shell on the dirt path, and wondered how it got there … .

Think of it in honor of Father’s Day, if you like. Enjoy!