I spotted this blog post on the NW Sidebar, a publication of the Washington State Bar, titled Witness Backgrounds: What’s Admissible in Washington vs. Oregon, and thought it raises some interesting possibilities for fiction writers. (I’ll wait while you read it.)

In short, every state sets its own standards for what criminal history can be brought out when a witness testifies in court. But these are good examples of two general approaches — one more flexible, one more stringent, though in each state, statutory limits are the starting point.

How can you use this in your story? Is a witness afraid to report a crime, or to speak honestly to police, or to testify in court because of her history? How will your fictional prosecutor deal with an eye witness who has a lengthy criminal history, even though it may have nothing to do with what the witness saw? Even bad guys can innocently, by coincidence or bad luck, witness other bad guys in the act. How will your fictional defense lawyer deal with the same situation? What emotions does the fear of testifying trigger in your witness? She and her new husband were beaten and robbed; if they testify against the thug, will the ten-year-old arrest for forgery that she’s never told him about be used against her in court? What will she do to prevent that—lie? Insist he testify? Develop laryngitis or an excuse to be out of state visiting her supposedly ill sister? Will a jury really hold a minor criminal history against a witness or victim in evaluating credibility?

Note that we are talking about witnesses here, not defendants. We’ll talk about the admissibility of a defendant’s criminal history another time. 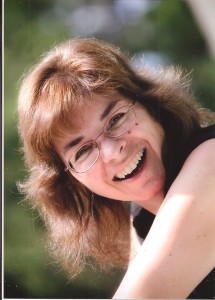