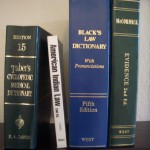 Because I’ve been practicing law for thirty years — gad — people often assume I write legal mysteries or thrillers. Or that my protagonists are former lawyers. Lawyers — retired or working — make great characters, but I’m enjoying exploring other career paths in my fiction, primarily those focused on food!

But I can’t stray too far from the field I know so well. In Death al Dente, first in my Food Lovers’ Village Mysteries, set in Jewel Bay, Montana, protagonist Erin Murphy is surprised to discover that Bill Schmidt, the local herbalist and her widowed mother Fresca’s new beau, is an ex-lawyer. When Erin needs legal advice, she pops around the corner into Bill’s magical, mysterious shop. And in my Seattle Spice Shop Mysteries, debuting in March 2015, Spice Shop owner Pepper Reece worked in HR for a large Seattle law firm before it imploded in a rash of scandal. That gives her access to law firm librarians, paralegals, criminal lawyers, defense lawyers, and other experts she met in her former career.

What other careers do lawyers tackle? Just about anything you can imagine. This Washington State Bar journal article  profiles Tim Blue, a practicing lawyer and winery owner. Another lawyer I knew left the bar behind to, well, open a bar. One runs a campground. Greg Bartholomew, whom I worked with in Seattle, is a successful choral composer. Former lawyers run all manner of businesses — one of my law school classmates is president of Bank of America, and another runs his family’s construction business. Some work in insurance. More than a few have left the law for the ministry. A very successful local trial attorney now spends much of the year in Italy, painting. One of my writer pals spent years as a criminal defense lawyer before returning to her early love of books and becoming a junior high English teacher, in small prairie towns and on Indian reservations.

Many former lawyers work in government, at all levels, in all departments — not necessarily as lawyers. Some run charitable organizations. Others teach in law or business schools; several of my classmates at Notre Dame Law School are deans or hold other positions in university administration, and a woman who graduated a few years behind me became a woman’s basketball coach. My former dean, long widowed, is now a Catholic priest.

And of course, quite a few write mysteries. What career can you give an ex-lawyer character, to add a legal perspective to your story — and give your sleuth a resource to consult?

Over the years, I’ve wanted to write about dressing the woman lawyers on your pages. Yeah, yeah, everyone who knows me, stop laughing now. I may be a jeans and boots fiend now, but in my city lawyer days, I had a Nordstrom’s card and I knew how to use it. But I am too far removed from daily urban practice — and Nordy’s — to give sound, up-to-date advice.

So now, Michael Heatherly, editor of NW Lawyer, the journal of the Washington State Bar Association, has stepped into that void. More accurately, he wrote a piece for men on dressing professionally in the June issue, and invited readers to submit an article for women. Seattle lawyer Lisa DuFour took the challenge. Here’s her piece.

A few comments: Remember that the articles advise on courtroom attire, not office wear. The editor titled it “Fashion Tips for Gals,” no doubt to parallel the original piece, “Fashion Tips for Guys.” The word “gal” is more accepted out west than in other parts of the country, but still, in that context, I would not have used it in a headline — although as a novelist, I may occasionally use it in dialogue.

Regional differences apply to fashion as well as language. While Seattle certainly has its urban and high-fashion streaks, it’s also a laid-back city under the influence of REI, Eddie Bauer, North Face, and other outdoor performance wear manufacturers. Hence some of the comments about shoes — the black strapped sandals with the open toes in the “don’t” picture might well be acceptable in other cities. Similarly, bare legs with suits or professional dresses are acceptable in the west, but not elsewhere. (One of the criticisms leveled at Sarah Palin’s campaign wardrobe, one that fashion advisers across the country recognized as a regional difference rather than a lapse of judgment.)

Finally, I thought it hilarious that the very next issue showcased the new state bar president, a man in his mid 40s, in a cobalt blue suit that probably violates all Heatherly’s advice for “guys” — but that’s the difference between magazine cover and courtroom protocol!