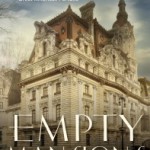 Readers know I’m fascinated by the story of Huguette Clark, the reclusive copper mining heiress who died in 2011 at age 104, and by the legal wrangling over her estate and what appears to have decades of manipulation and mismanagement. Read my earlier posts here. Now the MSNBC reporter who uncovered the story, Bill Dedman, is writing a book with a relative of Clark’s. “Empty Mansions: The Mysterious Life of Huguette Clark and the Spending of a Great American Fortune,” will be published Sept. 10 by Ballantine (Random House). Here’s a link to the cover and copy. The MSNBC stories are collected here.

I’m intrigued by the on-going saga–the only word–of reclusive Copper King heiress Huguette Clark, who died in early 2011 at 104, leaving what was originally asserted to be a $400 million estate–and about 400 million questions. (See my earlier posts on her Gilded Age apartments and jewels, the alleged mismanagement of her assets, before and after her death, and the claims by heirs that they had been prevented from seeing her and that a later will should be rejected in favor of an earlier will, on grounds of undue influence.) Reporter Bill Dedman of msnbc has been following the story, and now reports that the accounting filed in early October shows about $306 million in assets — with an additional $44 million in gifts potentially subject to repayment (or “claw back”).  He also reports that the will challenge will probably not go to trial later this year, as planned, but will probably be continued (the legal term for postponed) until early 2013.

Take a look at the Msnbc story for photos of the jewelry, homes, and apartments, and other assets. Curiously, a sheik’s bid for one of her three Manhattan apartments was rejected by the building’s board, primarily for privacy reasons. The other two have been sold.

Out here in Montana, where the money was dug out of the ground in the form of copper, fascination is high. So is the sympathy. Tourists in Butte are apparently dropping by the Clark family mansion, now a B&B, in record numbers.  Take a peek, and you’ll see why. 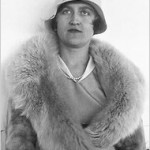