The latest in an occasional series of comments on books that knocked my socks off!

Zoe Faust, an herbalist and tea shop owner in Portland, Oregon, looks good for her age—roughly 350 years old. As a teenager cast out of Salem, Massachusetts for suspected witchcraft, she used her plant craft in an attempt to save her dying brother, and accidentally discovered the Elixir of Life which made her immortal. Now she’s desperate to save another life, that of Dorian, the Parisian gourmet gargoyle who lives with her, while solving a murder at a magic show and discovering the truth behind a famous theft of jewels more than fifty years ago that have never been recovered—until now.

Pandian achieves something particularly challenging—and delightful—in The Masquerading Magician. She creates an alternate world that is completely credible and compelling—and presents it quickly, clearly, and credibly in book two. Readers new to the series, as I was, will grasp the unique elements of this world and accept them, while readers who’ve read book one, The Accidental Alchemist, won’t feel weighed down by repetitive details. Short snippets from the 1850s to 1880s in Paris, in the world of cathedral sculpture, alchemy, and magic, are used with great effect.

I’ll be reading book one soon, so I can be ready for book three, which I’m fairly sure will take us to Paris!

We’ll get back to the law next week. Meanwhile, it’s all about me — and Malice Domestic. 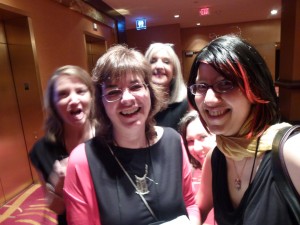 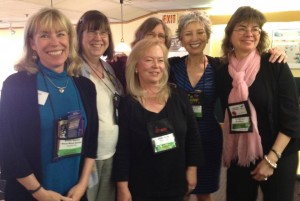 With Chris Grabenstein, winner of the 2011 Agatha for Best Children’s/Young Adult, who also presented the Best Nonfiction Award. 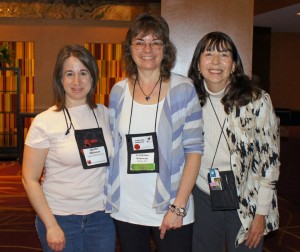 With Jenny Milchman and Robin Templeton.