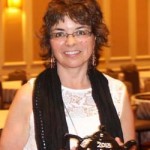 79 thoughts on “Remember your first? A #bookgiveaway”