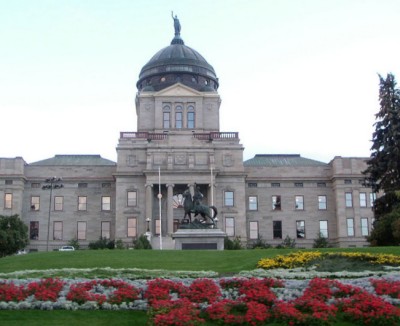 Once again, a state legislature is debating whether to abolish or retain the death penalty. This time, it’s Montana, which has debated the issue before and left the death penalty in place. What strikes me—from the perspective of a writer, and one encouraging other writers to use legal issues to raise the tensions in their stories—is the passionate, articulate disagreement. Not just among legislators—we expect that. But among families of murder victims, among clergy, and even among prosecutors. Read more about the debate in this story from the Missoulian.

And don’t miss this report of testimony from Ron Keine, who testified about his experience of being nine days from execution in New Mexico in the 1970s, when another man–a law enforcement officer–confessed to the crimes to a minister, who convinced him to go to police. Even then, the prosecutor rejected the confession, but the court threw out the conviction and released Keine, who later started his own business and become what’s often called “a productive member of society.”

I’ve written before about the conflicting views of victims’ families, and statistics from the Death Penalty Information Center.  Books, Crooks & Counselors includes extensive Q&A on the death penalty.

And because I’m asked every time I write about the death penalty, I’ll say it: I’m against it. I’ve been in prison—although always with the ability to leave at will—and I’m convinced that life without the possibility of parole is a far worse punishment, at least on this earthly plane, than death. 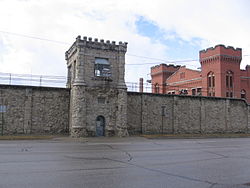 How can you use this difference of opinion to create more conflict and tension for your characters?

Update: the ban failed to pass out of committee, on an 11-9 vote. The Legislature is biennial, so the issue can’t come up again until 2015.

(Photos of the Montana State Capital building and the Old Montana Prison from State of Montana website.)