Today, my guest mystery writer Beth Groundwater continues her report on serving on a jury in Colorado. Here’s her account of Day One.

Yesterday, I began telling the story of my recent wonderful (for a mystery author) experience of serving on a jury for a criminal trial. I’ll continue that story with a description of the second day of the trial today, then conclude tomorrow with the last day of the trial, including the jury deliberation. The six charges we were to decide on included: assault in the third degree, criminal mischief (vandalism), theft, disruption of telephone service, false imprisonment, and marijuana possession.

Over the course of the second day of the trial, we heard from the prosecution’s remaining witnesses. These included the victim’s two housemates who found her and called for police and an ambulance. Both of their stories supported the responding police officer’s version of events. Also, the officers who arrested the defendant the day after the alleged assault were called to testify that they found marijuana and a pipe in his backpack. They also said the defendant claimed that the victim hit him on the head with a wine bottle and attacked him with a staple gun during the fight. And, we heard from the owner of the house how much it cost to fix the window.

One witness was a woman who had been attacked by the defendant in the past. We were instructed by the judge to not use her testimony to judge the defendant’s character or to prove guilt in the current case. We were only to look for similar patterns of behavior. And the pattern was eerily similar, both in the method of attack (punching her in the face to get her on the floor and repeatedly kicking her) and taking away the means to call or go for help (in this other case, by throwing the victim’s cell phone, car keys, and winter coat onto the roof of the condo complex). We were not told during the trial that the defendant served a three year prison term for this attack, but we learned that later after the trial from the judge.

The last witness was a psychologist who is an expert in domestic abuse. She testified for a very long time after her expertise was established. She did not know the details of this case, but she discussed domestic abuse cases in general. Domestic abuse can only occurs between two people who have an intimate (sexual) relationship, so does not include abuse between people who may be related or share a home, but don’t have an intimate relationship.

The expert explained the cycle of domestic abuse (four stages: escalating tension, attack, honeymoon period, relative calm) that repeats over and over again. She also said that victims often recant their story because they want the abuse to end, not the relationship. And, she said that victims who are under stress and in pain right after the attack are likely telling the truth then because they’ve had neither the wits nor time to construct a plausible story.

Throughout the second day, the defense attorney poked away at the prosecution’s case, showing where evidence was not collected (eg. the broken laptop, which disappeared later), where police records were incomplete or confusing (the amount of marijuana was recorded in grams in one place and ounces in another), etc. She also chipped away at the reliability of the witnesses, particularly the victim, and of the housemates, who later had arguments with the victim and were no longer friends of hers.

The prosecution rested their case late in the afternoon, and the defense called no witnesses. Again, the judge told us this was not required or needed. We were dismissed for the day, admonished again not to discuss or research the case, and told to report back the next morning for closing statements and deliberation. 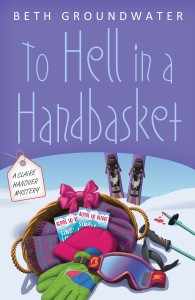