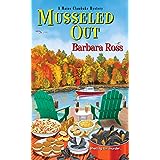 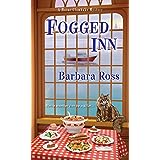 2 thoughts on “The Last Best Book — Musselled Out and Fogged Inn, by Barbara Ross”