Like so much in life, legal errors in fiction seem to run in streaks. Errors in several recent reads prompt this refresher on Miranda rights and warnings.

In Miranda v. Arizona (1966), the U.S. Supreme Court decided several cases from around the country that raised a critical issue: Must a suspect be warned of his rights before being interrogated? Which rights? Under what circumstances? And what are the consequences if he isn’t warned? The Court said the Constitution requires that suspects in custody be informed of their right to silence–grounded in the Fifth Amendment right against self-incrimination, that anything they do say could be used against them, and that they have the right to counsel. Only if the suspect understood those rights and voluntarily waived them can statements made during custodial interrogation be used against the suspect in court.

A noteworthy exception to the warning mandate is the “public safety exception” of New York v. Quarles (1984), where officer or public safety is at risk.

The Supreme Court decided two Miranda cases in 2010. In Maryland v. Shatzer, the suspect requested a lawyer and questioning stopped; fourteen days later, he was taken into custody, waived his right to counsel, and voluntarily confessed. His initial request for counsel did not bar the later interrogation or prevent an effective waiver.

In Berghuis v. Thompkins, the Court held 5-4 that once a suspect has been warned, he must specifically invoke his right to silence—an explicit waiver is not required—and that a brief response amounting to a confession will be taken as a waiver and will be admissible. The Michigan detectives asked Thompkins if he prayed to God, and when he said yes, they asked him if he prayed for forgiveness for “shooting that boy down;” yes, again. That, the majority held, was a choice to respond, and thus to waive the right to silence. The result of the decision may be that police will continue to question suspects who remain silent after being warned, hoping to increase the likelihood of an eventual response. Keep in mind, though, that some states may hold otherwise under their constitutions, and individual police departments may require explicit waivers.

Keys for writers to remember about Miranda warnings:
• only suspects in custody are entitled to warnings;
• warnings are required only before interrogation—that is, questioning;
• voluntary statements not made under questioning are admissible;
• a suspect who’s been warned can waive his rights and agree to be questioned;
• it’s the substance of the warning—not the exact language—that matters. But most law enforcement departments require officers to use standard language to prevent later disputes over what was said.

Consider this scenario, looking first at custody: Police ask a man to come to headquarters to talk about the disappearance of a child in his neighborhood. He agrees, drives his own car, and is interviewed in an unlocked office; everyone is cordial and it’s clear that he’s free to leave any time. He’s not in custody.

Contrast this with the same man ordered to get in the back of a police car, which then takes off; he hasn’t been told he can’t leave, but under the circumstances, he’s not reasonably likely to believe that he can.

Now let’s look at interrogation. In the interview room, two officers tell him they’re waiting for a photograph to be printed. They don’t warn him. Meanwhile, they discuss the scene they’ve just left, the blood, the horror, and wonder out loud what kind of person would do such a thing. What kind of warped mind, what kind of terrible childhood, and so on. Squirming, the man finally blurts out, “You leave my mother out of this. She had nothing to do with me killing that girl.” He then breaks down in tears and tells the whole story. No interrogation, just a conversation between two officers—maybe with the goal of provoking a response, or maybe not. After analyzing all the facts, the judge may conclude that the suspect was not in custody, and never consider whether he was interrogated. If the facts establish custody, the judge will consider whether the statement was a voluntary, spontaneous response to the officers’ conversation, or whether it amounted to an interrogation. That decision determines whether his statements are admissible or must be suppressed.

What if the suspect was warned first? Analysis will focus on whether his statements were coerced, and therefore inadmissible, or made voluntarily with full knowledge of his rights. The facts make all the difference.

Assume the suspect requests a lawyer, either before or after his confession, but keeps talking. The lawyer will move to suppress, to determine whether the additional statements are admissible, under the analysis just described.

Remember that arrest alone does not create an obligation to warn a suspect. Failure to warn does not require dismissal of charges, although it may result in a suppression of evidence obtained through improper interrogation.

By changing the setting, the age, sex, race and even the size of the suspect and officers, the time of day, how long the suspect remains in custody, and of course, what’s said, you can add more tension and complexity to your plot. Is the conversation on a street corner at mid-day, or in a small gray room in the basement of the police station? Is the suspect sixteen or forty-five? Is the door open or shut? Do the officers come and go, take bathroom breaks, eat and drink—but offer the suspect nothing? Is his agreement to waive his rights threatened or coerced, or has he been treated with basic human decency? If the suspect is likely to talk, nothing will shut him up faster than being warned; suspects watch TV, too, and of course, many have been through the drill before. Is your story better served by a silent suspect or a talkative one, by wrangling over admissibility of a confession, or by going to trial quickly?

The Miranda decision, written by Chief Justice Earl Warren, isn’t easy reading, but it is fascinating. A former prosecutor himself, Warren rightly believed that prosecutors have a responsibility to protect individual rights and ensure fair trials as well as to prosecute crime. Your fictional prosecutor and detectives might agree, or shade the line.
Writers of historicals, remember that attitudes about the rights of the accused changed significantly in the 1960s. Miranda was a 5-4 decision, and controversial, even though the FBI and some states already used similar warnings.

*** Who was Miranda? Ernesto Miranda was convicted of rape and kidnaping, based on his confession and the victim’s identification. He was not advised of his right to counsel or to silence, although the written confession form included a preprinted statement that he knew his rights and that his statements could be used against him. After the Supreme Court decision, he was retried, without the confession, and again convicted, based on eyewitness testimony and the testimony of his common law wife, with whom he was in a custody battle over their daughter, that he had admitted the rape to her. Miranda was released in 1972 and returned to prison for a time in 1974. While out, he sold signed Miranda cards for $1.50 each. He was stabbed to death in 1976 at age at 34 in a bar fight; no one was charged.  *** 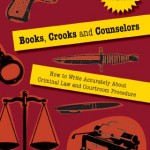 Adapted from Books, Crooks & Counselors: How to Write Accurately About Criminal Law and Courtroom Procedure (Quill Driver Books), by Leslie Budewitz, winner of the 2011 Agatha Award for Best Nonfiction.

6 thoughts on “Miranda: A Refresher”