The sentencing chapter of Books, Crooks and Counselors answers writers’ questions about the death penalty. Last week, the Death Penalty Information Center released its year-end report showing that 78 people had been sentenced to death in 2011 and 43 had been executed–compared to 224 sentences and 85 executions in 2000. 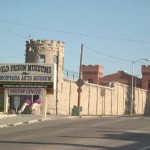 According to an NPR report, the DPIC executive director says that the majority of Americans are opposed to or ambivalent about the death penalty. They are concerned about wrongful executions, unfair sentencing–highlighted by debate over Georgia’s execution of Troy Davis–and the expense of the legal process surrounding the death penalty.

A Gallup poll taken in October showed that 61% of Americans favored the death penalty for murder, the lowest support since the early 1970s.

Illinois abolished the death penalty, Oregon recently imposed a moratorium, and bills to ban it have cropped up in several state legislatures, including my state, Montana.

Again according to NPR, the director of the National District Attorneys Association–the prosecutors–says a big factor in the change in support is a change in the alternatives. Years ago, a life sentence often meant 15 to 20 years. Now, all 50 states and the federal system offer life without parole, meaning death in prison. The director also points to the drop in murder rates, now back to 1960s’ levels.

I’ve long thought that life without parole is a far worse sentence than the death penalty. Once you’re dead, you’re done–at least on the earthly plane–with no more guilt, fear, or shame. And no more potential regret, rehabilitation, or forgiveness. Knowing you’ll die in prison, never to walk free, seems far worse to me.