Unfortunately, we’re too familiar with the phrase “suicide by cop” — where an individual creates an incident designed to provoke law enforcement into killing him. We’ve seen it in the news, and in books and on TV. What if the attempt fails and all survived? After the arrest, after the sighs of relief and prayers of gratitude, what happens? 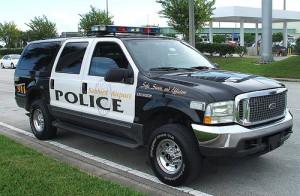 An incident in a nearby community illustrates the potential charges. According to an account in the Missoulian, a young man named Brown held his mother and sister hostage on the roof of their home, with a rifle, and fired shots. Two officers went on the roof; a third stayed on the ground. Brown aimed the rifle at the officers on the roof, apparently in an attempt to provoke them to shoot him. They chose not to shoot, because of the hostages, the proximity of other homes, and their awareness that if they wounded rather than killed him, the situation could worsen quickly. They did not know that the rifle was no longer loaded. The officers on the roof were able to get close enough to tase Brown and subdue him. All were unharmed.

According to the Missoulian, “Brown was charged with three counts of assault on a peace officer, one count of assault with a weapon for also pointing the rifle at his sister during the incident, and one count of criminal endangerment because of the threat it posed to the neighborhood.” He faces up to 60 years in prison. (Remember, state laws vary and the crimes that could be charged — along with their names — vary as well.)

Another interesting note: one of the officers was trying out an “eyeglasses camera” that recorded the entire 23 minute incident, including the 4-1/2 minute confrontation on the roof. The jury was able to watch the entire video.

So — how can you use a similar incident or the eyeglasses camera in your stories?

4 thoughts on “A Failed “Suicide by Cop” — what charges?”