My guest today, and for the next two weeks, is mystery writer Beth Groundwater. Earlier this year, Beth served on a jury in Colorado–an experience I’m not likely to have, at least while I’m still practicing–and shares her experience with us. 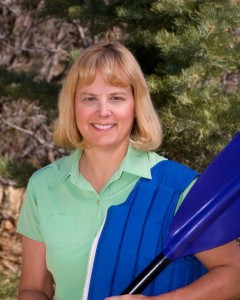 Three Days on a Jury: Day One

Recently I had the wonderful (for a mystery author) experience of serving on a jury for a criminal trial. The three-day experience gave me an inside look at the Summit County, Colorado, criminal justice system, and at the lives and tribulations of what my mother would call “not our kind of people.” I’m going to blog about my experience today and the next two days, so I can share some of what I learned with other mystery authors and with mystery readers. I hope you find my experience as interesting as I did!

The trial was a case of domestic abuse (the local newspaper article if you want to read the verdict now is here.) About three weeks prior, I received a jury summons to show up at the Summit County Justice Center on Tuesday June 26th, at 9:30 AM. After checking in and waiting for another twenty minutes or so, those of us who responded to the summons were all ushered into a courtroom. The judge informed us that 90 people had been summoned and 37 had shown up. She was not pleased.

Then she went through a list of reasons why someone could be excused–doesn’t live in the county anymore (a few college students who were still away for summer classes fit this category), taking care of a disabled person, etc. Then she said the case involved domestic abuse and asked if anyone felt they could not be impartial in such a case. A few hands went up, mostly women, and she asked those people to discuss why with her privately in her chambers. Most were excused. That left just over thirty of us in the room.

Then twenty-two names were called for people to come forward and sit in the jury box. I was thrilled when I was one of them, and I began thinking that maybe I would actually get a chance to serve. The prosecution and defense could each choose five jurors to dismiss, and the remaining twelve would serve. Next, each juror answered a standard set of questions, such as which town we lived in and for how long, if we were married or had children, our occupation and those of our spouse, children and parents, if we knew anyone in law enforcement, our hobbies, sports and interests, what we liked to read and watch on TV, and what sites we visited on the Internet. The judge usually had at least one clarification question for each juror, expounding on anything that might show a preconceived bias.

Then the prosecution (two Assistant District Attorneys working together) and defense (a paid versus court-appointed lawyer) had about a half hour each to question the jury as a whole on issues or jury members in particular about their background or views. One of the Asst. DAs knew my name and about my RM Outdoor Adventure mystery series, but he was surprised that Beth Groundwater was my real name, not a pen name. I was asked WHY I wrote mystery novels, probably to see if I had any bias for or against cops or criminals or if I had preconceived notions of justice. I answered that I had tried other genres, but that mystery felt most comfortable for me, probably because I was a puzzle person.

When one man, who had previous experience with domestic abuse, said he was very interested in serving on the jury, one of the Asst. DAs asked almost in jest if anyone else really wanted to serve. I deliberately did not raise my hand, because I did not want to appear overeager. That man was dismissed from the jury, but I was not. One interesting question we were asked by the Asst. DAs was what our reaction would be if they brought forward a witness that they were pretty sure would lie to us.  There were some “Huh?” looks from some jurors at that point, as we wondered why they would call a witness they expected to lie on the stand. We found out later!

Since we’re a low-population county, quite a few people knew law enforcement personnel or members of the court system. Also, one man’s sister had been a victim of domestic abuse. As I listened to these other jurors, I thought, okay that person will be dismissed over me. And that proved to be the case. The defense and prosecution had more compelling reasons to dismiss ten other jurors, and at the end of the voir dire (jury selection) process, I was still in the box!

We were sworn in, admonished not to discuss the case with each other or other people, not to do any research related to the case, and dismissed for lunch. After lunch, the trial began and the prosecution presented their opening statement. There was no opening statement from the defense, and the judge instructed us that the defense is not required to provide an opening or closing statement, or call any witnesses or present any evidence. Nor is the defendant required to testify. The onus of proof is on the prosecution (the defendant is presumed innocent before proven guilty), and the defense doesn’t have to prove anything.

We heard testimony first from the police officer who arrived on the scene after 911 was called by two of the victim’s housemates who came home one night in December, 2011 to find her laying in a fetal position on the sofa. The story that the victim told her roommates and the officer was that she and her boyfriend were drinking at a bar and got into an argument there. He returned to her place and waited for her while she finished her beer. When she got home, the argument began again and got physical. He punched her in the face and repeatedly kicked her, threw a skateboard through her bedroom window, broke her laptop computer, and stole her cell phone and winter coat so she could not call or go for help (the house had no land-line). The police officer had taken photos of the victim’s bruised face, the broken window, etc. and these were entered as evidence.

Then, the victim got on the stand and told a completely different story. She couldn’t remember what she said to the police officer, claimed that she bruised her own face by tripping and falling on the stairs, and that during the argument she threw her own laptop computer through the window. Even when pressured by the prosecutor, who repeated statements she made to the police officer and which he recorded in his report, the victim stuck with her story. When asked by the prosecution if she still loved the defendant, she said that yes, she still cared for him and wanted to be with him, but was prevented from being with him (we later found out, by court order).

I went home that afternoon thinking, well THAT was interesting! I had many, many unanswered questions from the conflicting accounts of what happened.

7 thoughts on “Three Days on a Jury — Beth Groundwater reports”