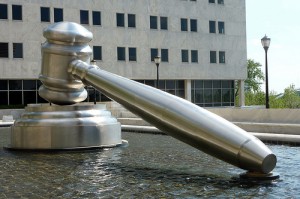 A reader says of Perry Mason, “He’ll occasionally object that certain testimony is “incompetent, irrelevant, and immaterial.” The last two words I have no problem with, but in that context, what does “incompetent” mean? It obviously doesn’t mean the
same thing as it does when I say that so-and-so is incompetent. :)”

Generally, it means that the witness has no basis to know what he claims to know. As if I testified about astrophysics or whether Oswald acted alone. It’s an old-fashioned term; these days, most lawyers would say “objection: foundation.”