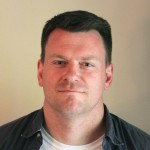 24 thoughts on “Fact vs. Fiction in police work — a sergeant speaks”