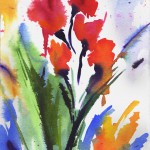 “Just as anyone who listens to the muse will hear, you can write out of your own intention or out of inspiration. There is such a thing. It comes up and talks. And those who have heard deeply the rhythms and hymns of the gods, the words of the gods, can recite those hymns in such a way that the gods will be attracted.” 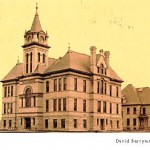 These quotes hung in my home office for years. Might be time to hang them up again!

“Art in the blood is liable to take the strangest forms.”

“The job of the artist is always to deepen the mystery.”

Sometime soon, probably next week, my two websites will become one, at www.LeslieBudewitz.com, and this blog will be found on that site. I’m hoping to keep the address www.LawandFiction.com/blog, so your favorites and bookmarks will still work, but if you subscribe to the blog, through Feedburner or RSS, you may need to re-subscribe. The website and blog may be down for a day or two while I move hosts.

Please keep this message so you can find me in my new on-line home—I love keeping in touch, and hope you do, too!

A bonus post this month — I’m continuing to republish a few of the “Questions of the Month” from my website as it undergoes a lovely redesign. This was originally published several years ago in First Draft, the newsletter of the SinC Guppy chapter.

Who Can Represent Defendants in Death Penalty Cases?

A writer reminds me that a subplot in the movie “My Cousin Vinnie” involves the qualifications of an out-of-state lawyer hired to represent the defendant in a death penalty case. So, she asks, what are those qualifications?

Federal courts and most states with the death penalty require that when a defendant is charged with a crime eligible for the death penalty, at least one member of the defense team meet certain standards. Although prosecutors are not required to declare whether they will seek the death penalty when they file charges, the American Bar Association’s 2003 Guidelines recommend that qualified counsel be appointed as soon after arrest as possible – even before the defendant has been formally charged or found eligible for a public defense. As far back as 1932, the U.S. Supreme Court acknowledged that a person facing criminal charges “requires the guiding hand of counsel at every step in the proceedings against him.”

Why? Because the stakes are never higher. The primary goals, of course, are to make sure that the process is fair, that convictions are reliable, and that the sentence imposed is appropriate. A great deal of recent publicity has underscored the too-frequent inequities and outright errors in capital – or death penalty – cases. Those cases involve many of the same decisions and issues as other criminal cases – issues of witness credibility, forensics, aggravating and mitigating factors in sentencing. But in capital cases, those issues may be more acute, and others also arise. Should the defendant undergo a psychiatric examination? How should potential jurors be questioned about their attitudes toward capital punishment? Should the method of execution be challenged?

As the law evolves – and it always does – keeping up gets harder. Capital cases often involve psychiatric issues not present in other cases. Prosecutors and defense counsel need a working knowledge of both mental competence – the defendant’s ability to understand the charges and help with his own defense – and mental illness. A high percentage of capital defendants suffer from some degree of mental illness. Lawyers on both sides – and judges – have to evaluate whether mental illness is a defense in the case, a factor in sentencing, both, or neither.

The enormous responsibilities of defending capital cases place huge pressures on counsel – emotional and psychological pressure, as well as the need to organize their time, case files, and staff efficiently.

Such highly specialized skills can be hard to find. In states with smaller populations, death penalty cases are less common, and it may be difficult to find a lawyer with sufficient experience who is able to take on the case. In that situation, the court may appoint an out-of-state lawyer with death penalty experience to work with an experienced local criminal lawyer.

What of a defendant who chooses to represent himself? The death penalty complicates the already messy question of pro se defense. The defendant’s mental status and competence to represent himself is crucial – and for that reason, pro se capital cases are rare. Backup or standby counsel will be appointed to assist and advise the defendant, and take over if necessary.

So what is required to be a capital defense lawyer? The federal courts have adopted a specific procedure for certification, as have many states, following the ABA Guidelines. I can’t begin to summarize the various rules, but at the minimum, they involve the following considerations:

And, I would add, empathy, unquestionable ethics, and a passion for justice.

The ABA publishes Guidelines for the Appointment and Performance of Counsel in Death Penalty Cases (rev. 2003).

Update: Just today the NY Times reports that the Newtown Legislative  Council will vote tonight, Wed Jan 21, on a proposal to raze the house and keep the land as open space. The Council is expected to vote to “yes.”

How do you and your characters handle a tainted house, one damaged or stigmatized by trauma? A house where a murder occurred, or one owned by a killer? Or one that’s both, as described in this New York Times article on the home in Newtown, CT where Adam Lanza plotted his crimes against school children and killed his mother?  The town bought the property for one dollar after Nancy Lanza’s estate and her surviving son gave the property, and its  $400,000 mortgage, back to the bank. But now what? Some locals want to tear the house down and turn it back into woods.

The article profiles a real estate broker and appraiser, Randall Bell, who advises banks and estates on handling traumatized properties. He notes the layers of emotion such places carry. His first action at the Lanza house was to dispose of all the contents, including the furniture and backyard playset, to avoid the emergence of ghastly “souvenirs” in the future. The bank, which doesn’t even have a local branch, had already replaced the damaged doors and kept the lawn and garden maintained, so it wouldn’t become an eyesore, further traumatizing the neighborhood. He’s now discussing other options with the town council.

In my legal work, I’ve worked with appraisers who have been  asked to determine whether a property’s value is affected by stigma—in my cases, usually previous fire or water damage, but association with a crime could also stigmatize a property. Appraisers say they can’t ethically call a property stigmatized until it’s been on the market for longer than the time it should be expected to take to sell AND potential buyers have turned it down because of its history. Putting a dollar value on the discount, or deduction, for stigma is tough—how low would the price have to go before it would sell? And how much time will that take? Few “comps”—truly comparable properties, that have experienced similar problems and sold—will exist. Appraisers typically make an educated guess, and could be wrong.

Many states require sellers to disclose crimes known to have occurred in a house. Past physical damage usually must be disclosed only if “material;” that is, the knowledge would affect a reasonable person’s decision. If a drainage problem or fire damage has been thoroughly repaired, disclosure isn’t usually necessary.

Think about the story implications for your characters, whether they’re family, neighbors, real estate professionals, ghosthunters, or gossips.

(As part of my website redesign, this blog will soon be moving to a new host, and subscribers may have to re-subscribe to keep the blog coming to the inbox or RSS feed. I’ll let you know when the time comes!) 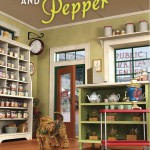 This week, I’m joining the wonderful, stupendous, utterly delicious blog Mystery Lovers’ Kitchen, alternating Tuesdays with Cleo Coyle, whose Coffeehouse Mysteries I have drunk down thirstily for years. If you love cozy mystery like I do, you’ll know the other authors who blog there — or if you don’t, you want to! Krista Davis, Avery Aames aka Daryl Wood Gerber, Lucy Burdette, Sheila Connolly, Peg Cochran, and Victoria Abbott (Mon-Sat; guests on Sunday). I hope you’ll join me there — you can sign up on the website (link above) to get yummy illustrated recipes, often with a link to a mystery novel, in your e-mail inbox or RSS feed. 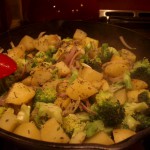 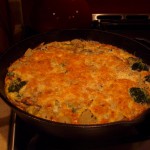 Today’s quote calls to mind a poster that hung on the office door of one of my favorite  lit teachers at Seattle University, Dr. Hamida Bosmajian, who’d been a child in Germany during WW II. You’ve seen it — the pile of books in flames and the reminder “The first thing they do is burn the books.”

“There are worse crimes than burning books. One of them is not reading them.”

“The decision to succumb to plot and to the tenacious emotional grip I felt in contemplating crime led me naturally to the mystery whose power as a storytelling form persisted despite its long-term residence in the low-rent precincts of critical esteem….”

Recreational use of marijuana is legal in Washington and several other states. This post, called 5 Things to Consider Before Starting a Marijuana Practice, published by the NW Lawyer, the blog of the Washington State Bar Association, alerts lawyers to several issues that may arise in a advising marijuana businesses. Writers may glean a few ideas for their characters — ways to comply with the law, or run afoul of it.