“Remember, believable make-believe is the key to great fiction.” 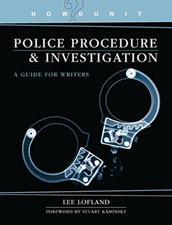 — Lee Lofland, retired homicide detective, blogger, author of Police Procedure and Investigation: A Guide for Writers, and founder of the Writers’ Police Academy.

Planning ahead? Love a bargain? Amazon is currently discounting all paperback mysteries from Berkley, Obsidian & Signet (all part of Penguin) by 10% — including pre-orders on Death al Dente. So pop on over and place your pre-order now — which will give you plenty of time to plan how to spend the 80 cents you save!

Seriously, pre-orders are hugely important—especially to new authors like me—because publishers use them to gauge which books are more likely to succeed, and give those books an extra boost. So if you place a pre-order, Ruff the Cat (seen at left, disguised as Mr. Sandburg) and I will be eternally grateful.

(I have no idea how long this discount will be available, but I’m guessing it runs through April — so buy now, save now!)

Last fall, I had a great time as a presenter for the 22d Annual Flathead River Writers Conference, sponsored by the Authors of the Flathead. Plans for the 23d Annual conference on Sept 28-29 in Kalispell, Montana are shaping up now — check it out.

And I’d love to come to your conference. Just drop me a note at leslie AT lawandfiction DOT com  I can talk about common mistakes writers make about the law, the cozy mystery, characterization, setting, selling that first traditionally published book, the writing life … and more!

(That’s me in the pink, with Roxanne McHenry , an expert in e-book publishing and marketing — so sorry the picture makes her look a bit grumpy — she’s not, I promise!)

— being an occasional series, when a book really strikes me —

I’m not sure how I discovered Ten Poems to Change Your Life by Roger Housden (Harmony Books/Random House, 2001), but to whomever first brought it to my eyes, my thanks. This is the first in a series of Ten Poems books, all compiled by Housden — an Englishman now living near San Francisco — with marvelous commentary.  Of course, it helps that he starts with “The Journey” by Mary Oliver, from Dream Work, given to me by my dear friend, poet Kelly Elizabeth Allen, shortly after it was published in 1986. But Housden also gives us less familiar poems, all deeply inspiring — and a little bit surprising.

(FTC disclosure: I got this book from the library and the author and I have never met.)

NY Times best-selling romantic suspense author Brenda Novak’s annual online auction returns this May — the entire month — with an amazing array of prizes for writers and readers. All proceeds go to juvenile diabetes research — a cause prompted by Brenda’s own son, who has Type 1 diabetes — more than 1.6 MILLION has been raised so far! More from the auction website. 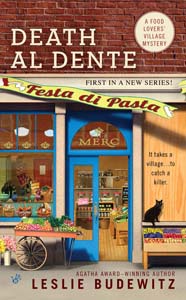 My contribution: a signed copy of Death al Dente and a basket of Montana goodies!

“Persistent is not the sexiest word in the world, but it’s such an important one.

Or as Ole Golly puts it so well in Harriet the Spy, “Life is a struggle and a good spy gets out there and fights.””

I wrote a few weeks ago about some of the criminal opportunities presented by vacant property, particularly bank-owned properties that aren’t closely watched.

So here’s another angle — not a new one, but perhaps getting a new life: Claiming title to property by virtue of being a member of some organization not subject to the courts or constitution. In this variation reported by the Washington Post, a man claimed to be a “Moorish National,” and occupied a luxurious mansion in Bethesda, Maryland for a few hours. The Moorish National trend is growing, but it’s not the only group whose members file false liens or false title paperwork and take unauthorized possession of real estate.

In 2010, a Lake County, Montana  jury convicted a transient who took over a foreclosed house, changed the locks, and filed paperwork claiming he had purchased the property from Yahweh. The scam came to light when a Polson real estate agent, who had the listing for the lender, tried to get into the property and discovered the locks had been changed. He then uncovered a trail of strange paperwork, leading prosecutors to file criminal charges for theft, deceptive practices and tampering with public records or information. The account in the Billings Gazette includes links to other stories of the man’s odd behavior, his outbursts in court and resulting mental evaluation, his insistence on representing himself, and other schemes.

You can’t make this stuff up — but you can use it!